You can never be too sure without DNA testing! 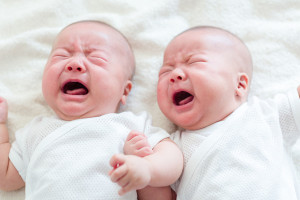 Typically, paternity testing is a simple process with no surprises. This doesn’t happen to be the way things went for a man in Passaic County.

The man was ordered to do a test for paternity after a woman claimed he was the father of her twin children. When the DNA results came back in November they were all in for quite a shock.

Expert testimony showed the court that a rare occurrence had happened. The twin children actually had different fathers. The woman’s claim gradually crumbled when she testified that she had sex with a second man within a week of the man she was accusing.

In phenomenon called superfecundation, sperm can stay alive and viable for up to five days. If within this same time period, she ovulates and has sex with another male, the eggs can be fertilized by different sperm. As was the case for this set of twins.