Get your divorce finalized!

There is one aspect of divorce that many men often overlook that can cause BIG headaches in their near future.

Put yourself in this situation. You waited for some time through a rocky relationship to finally get your divorce going. It could be financial reasons. It could be lack of interest in the situation or just plain denial.

Now let’s say your now soon to be ex-spouse has entered into a new relationship. This relationship has progressed and she is now pregnant with a child. She gives birth and they all happily enjoy the separate lives. Right? 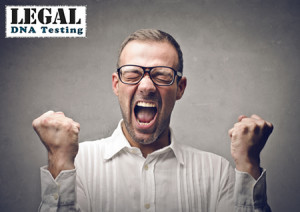 Man unhappy about his divorce!!

Recently, a young marine in his late twenties contacted us concerning getting paternity testing. We will call him Joe. Joe and his wife split nearly five years ago.

He had went through some things over those five years and signing off on his divorce wasn’t the top priority in his life(having heard what he had been through, I don’t blame him). He hadn’t maintained any contact with his ex. He thought it best this way.

He was now back in the states and considering settling down and building the american dream. Thoughts of a future wife and kids had surfaced along with how he now needs to get that dreaded divorce first.

Well, Joe must have made someones ears itch by thinking about them because he was served with child support papers for not one, but two children mothered by the woman soon to be his ex.

You see, in Joe’s State if you are married to a woman, you are automatically considered the father of any child that your wife gives birth to regardless if you are the biological father or not.

Joe had to hire an attorney for more than just a simple divorce now.  He was up against child support enforcement and their gestapo like tactics.

After quite a bit of money spent, Joe’s attorneys got the courts to issue an order for DNA testing to establish paternity for the children. Of course, at his expense.

The rest of Joe’s story we will probably never know. We were happy to apply a deep military discount to help ease the financial pain and wished him the best.

We hear stories of this nature on a routine basis in our field. Though we sympathize with Joe, men are regularly subject to their own acquiescence by the courts and the state. Hopefully this will be read by someone who the needs motivation to avoid this not-so common pitfall in the system.